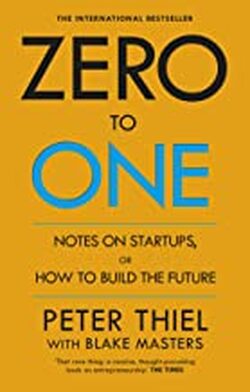 Go do something that is proven to work, learn how with this book, going from nothing to creating an empire is not uncommon but it is something that happens in business- learn how.

Peter Thiel is a technology entrepreneur and investor best known for co-founding PayPal. Since then he has co-founded the data analytics firm Palantir Technologies, made the first outside investment in Facebook, provided early funding for companies like SpaceX, LinkedIn, Yelp, and Spotify, and established and funds the Thiel Foundation, which nurtures tomorrow’s tech visionaries. He has appeared on 60 Minutes, CNBC, CBS Sunday Morning, Bloomberg News and been featured in the New Yorker, the Wall Street Journal, Forbes, Fortune, The Atlantic, USA Today, BusinessWeek, and more.