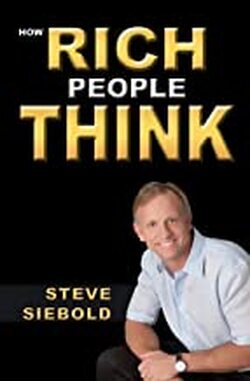 This book compares the habits and philosophies of the rich with the middle class, learn about how you can start employing the habits and routines of the wealthy into your life to improve your financial situation.

Steve Siebold is a former professional athlete and national coach He's spent the past 26 years studying the thought processes, habits, and philosophies of world class performers. Today he helps Fortune 500 companies increase sales through mental toughness training. His clients include Johnson & Johnson, Procter & Gamble and Toyota. He's written four other books on mental toughness, two of which have become business best-sellers with over 130,000 copies in print. His national television show, Mental Toughness with Steve Siebold, won the 2007 Telly Award. In the past 6 months, Steve has been interviewed on the Today Show, Good Morning America, ABC News, The BBC in Europe, NBC Australia, and dozens of others. As a professional speaker, Steve ranks among the top 1% of income earners worldwide. Steve's blog, MentalToughnessBlog.com is currently one of the fastest growing audio/video blogs on the Internet.