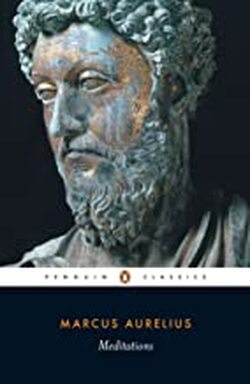 Understand yourself and you can understand everything and everyone in business, this book is great for those who are seeking to better focus and attain self discipline in attaining and doing what is necessary to succeed in life and business.

Marcus Aelius Aurelius Antoninus, 121-180. was adopted by the emperor Antoninus Pius and succeeded him in 161, (as joint emperor with adoptive brother Lucius Verus). He ruled alone from 169. He spent much of his reign in putting down variou rebellions, and was a persecutor of Christians. His fame rest, above all, on his Meditations, a series of reflections, strongly influenced by Epictetus, which represent a Stoic outlook on life. He died in 180 and was succeed by his natural son, thus ending the period of the adoptive emperors.