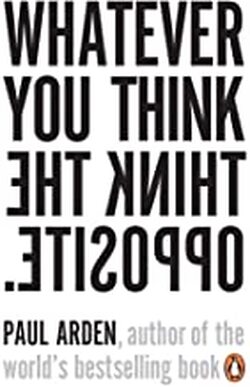 Taking your understanding of logic and common to a whole new level, common sense is not common practice. Going against the grain allows you to attain massive success in life and in business in addition to achieving the results of the select few- learn about how you can implement this and increase your chances at attaining success.

Paul Arden spent 14 years as the Executive Creative Director at Saatchi & Saatchi. He was responsible for some of the UK's most successful advertising campaigns - British Airways, Silk Cut, Anchor Butter, InterCity and Fuji. In 1993 he set up the film production company Arden Sutherland-Dodd. His first book sold over half a million copies. He has a weekly column in the Independent and recently opened a photographic gallery in his hometown, Petworth.