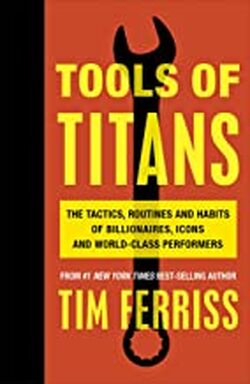 Tools and tactics to win in business, what it takes and how you can apply this to succeeding in life and in business. Learn about how you can increase and expand your business with these simple tips and tricks.

Tim Ferriss has been listed as one of Fast Company‘s ‘Most Innovative Business People’ and one of Fortune‘s ‘40 under 40’. He is an early-stage technology investor/advisor (Uber, Facebook, Shopify, Duolingo, Alibaba, and 50+ others) and the author of four #1 New York Times and Wall Street Journal bestsellers, including The 4-Hour Workweek, The 4-Hour Body, The 4-Hour Chef and Tools of Titans. The Observer and other media have called Tim ‘the Oprah of audio’ due to the influence of The Tim Ferriss Show podcast, which is the first business/interview podcast to exceed 200 million downloads. Tim received his BA from Princeton University in 2000, where he focused on language acquisition and East Asian Studies. He developed his non-fiction writing with Pulitzer Prize winner John McPhee and formed his life philosophies under Nobel Prize winner Kenzaburo Oe. He is far dumber than both. Tim enjoys bear claws, chocolate croissants, writing ‘About’ pages in third person and neglecting italics.