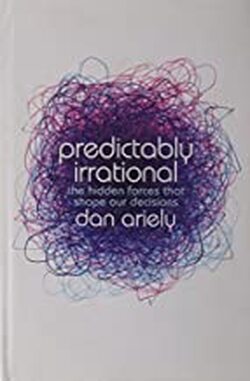 A great book on the hidden forces That shape Our decisions is a 2008 book by Dan Ariely, in which he challenges readers' assumptions about making decisions based on rational thought. How your thinking influences your life and business.